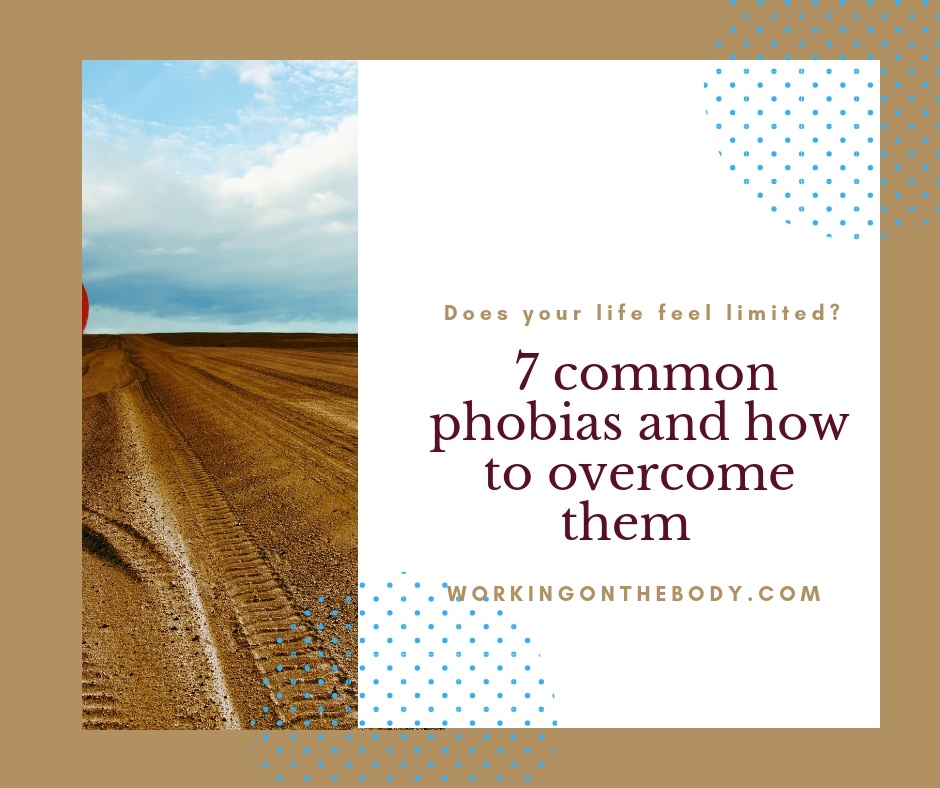 So what are the common phobias? And what makes them happen? Read on to find out more.

Fear is not always rational

For example, one of the common phobias is fear, and this starts in the brain. Chemicals and hormones are released, such as adrenaline and noradrenaline from the adrenal glands. As a result the body becomes immediately primed and prepared for a ‘fight or flight’ response.

It is thought that the part of the brain called the amygdala is responsible for the fear response. It is an almond-shaped structure within the Limbic system of the brain, also known as the primitive brain.

This is the part of the brain that processes and reacts to any frightening stimuli. It controls functions that are basic to the survival of all living creatures, such as heart rate, breathing, food digestion, and sleeping.

How the brain works means a fear response can be stimulated by just thinking of something frightening. This could be a spider or a snake. Alternatively only the thought of boarding an aeroplane can unconsciously stimulate emotions and fears, so that we experience irrational fear even when we are in reality completely safe.

It is not surprising the most common phobia is the primal fear of being buried alive, or Taphophobia to give it its official name (87%). Not surprisingly it is closely aligned with a phobia of small or enclosed spaces (60%).

This is a learned and ancient fear with references found as far back as Roman times, when convulsions, seizures or fevers could cause people to experience a comatose or near-dead state. It is feasible that with only the most rudimentary medical understanding, misdiagnoses were made and that premature burial, or worse, did take place.

The myth of being buried alive has been kept prominent in our collective consciousness by horror films dating as far back as the turn of the nineteenth century. The horror film producers know that people are hooked into a love/hate relationship with fear. This could be the latest box office release breaking all records, or a classic tale from the work of American macabre short story writer Edgar Allan Poe, who wrote a short story called The Premature Burial.

The next set of statistics for fears and common phobias are around creatures that are always sensible to avoid, such as snakes (72%), spiders (65%) and rats (64%). It is a universal truth that people would prefer to avoid these three for fear of being bitten. The real-life consequences of bites in any of these cases can be severe and in some cases can lead to an early death.

Fear of Flying (78%) polled high as a real fear for many people as did fear of heights (70%). Although many people say, they are afraid of flying far fewer than 78% submit to it, and refuse to fly to holidays in the sun.

Many people experience low-level discomfort when flying. This is often brought about by many aspects of the whole experience, such as being corralled and kept waiting, sitting in cramped conditions and  feeling overcrowded. But most people will offset their discomfort for the more compelling appeal of arriving somewhere exotic on holiday.

The survey statistics showed that women owned up to experiencing a more significant amount of fear than men. In my work I’ve found men are much more reluctant to disclose their fears or phobias, because they are often not supported and instead made to feel ashamed and weak.

If, for instance, a man feels afraid to fly, he might drink excessively to numb himself, as opposed to admitting his true feelings. Women are not judged negatively for saying they experience fears or common phobias, whereas men unfortunately usually are.

Fears and phobias are the ancient brain’s way of keeping us safe. This is especially true of fears of darkness (47%), water (38%) and thunder and lightning (35%), which would have seemed other-worldly and inexplicable to our early ancestor.

How to manage fears and common phobias

For most people, fears and phobias are not a problem in itself. They are only a problem when they get in your way of living your life to its full potential. Luckily irrational fears and phobias are some of the most straightforward emotional challenges to resolve. This can be done with just a few sessions of therapy, so don’t let them get in your way of flying long-haul on holiday or scooping up a spider to put it safely outside.

The first thing that happens to your body when you go into fear mode is that your breathing becomes unregulated. Typically you either go into hyper-breathing which is fast, shallow breathing or you hold your breath as if in shock. These two ways of breathing exacerbate feelings of panic and can a person feel worse.

It is crucial to get your breathing back into a regular, natural rhythm as quickly as possible. The easiest way to do this is to tap with a soft fist around your collarbone. This is a Meridian Energy tapping point that helps you to feel grounded and safe. As you tap around begin to breath deeper and slower until your breathing is back to normal.

Why do people have phobias?

You may be curious why some people are plagued with fears and have phobias and other people remain calm and rational. It’s not that they are braver than you or anything like that.

The thing that makes the difference is their thinking style. People who suffer from irrational fears tend to be ‘Black and White Thinkers’, which is recognised by therapists as an unhelpful thinking style. This type of thinking is an ‘either, or’ approach that tends towards the extreme in any situation. Black and white thinkers generally fail to recognise all the shades of grey in their life and have an ‘all or nothing’ attitude.

An example would be seeing a rat scuttle by on the street would plunge black and white thinkers into shock and panic. They forget they’ve seen other vermin over the years that are always more keen to avoid humans than the humans are to avoid them.

It is as if people with fears and phobias cannot acknowledge previous times when they have been forced to face on one their common phobias and nothing bad has actually happened. They have to relive their experience time and time again as if for the first time.

If you are a black and white thinker or a catastrophic thinker who always imagines the worst-case scenario, you’ll be relieved to know you can transform your thinking to be more rational, measured and helpful to you. Most fears and common phobias respond really well to the right therapy intervention and can usually be completely resolved in a single session. So you don’t have to let them ruin your life.

Want to solve your phobia?

If fears or common phobias are limiting your ability to live your life to the full, then reach out and book an obligation free discovery call with me to find out how you can set yourself free once and for all. There’s a link in the navigation bar.

Sally Baker wrote a version of this blog post for the official sponsors of I’m A Celebrity Get Me Out of Here, Tombolo Bingo Gambling Company.

How to improve your relationship after Covid-19 lockdown?