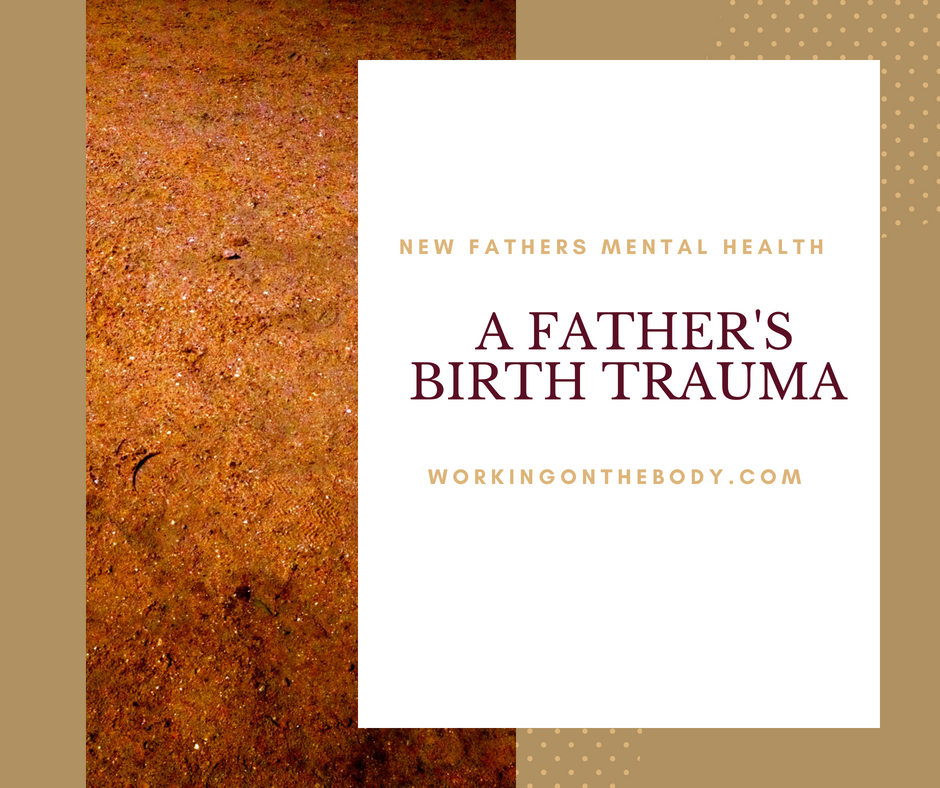 The recent American Psychological Association Conference 2018 said that new fathers should be screened, as new mothers are supposed to be, for mental health problems.

“Fathers need to be seen as the partners they are, and the family system is what needs to be assessed and treated any time a newborn is coming into the home,” said Dr Sara Rosenquist.

She added that men also need access to suitable treatment if they have postnatal depression.

The issue has also been raised in the UK by the campaign group Fathers Reaching Out who acknowledge a diagnosis of peripartum depression – relating to the period around giving birth – has no equivalent diagnosis for men even though men can be severely affected.

There is another stumbling block for men to get the emotional support they need and that is the shame they feel following them experiencing and witnessing a birth trauma.

It is not helped by the fact that men are not even asked if they are okay or how they are coping with the emotions engendered by their partner giving birth or experiencing a miscarriage. The message implied is that what they are feeling is not valid.

The conference’s recommendations reminded me of a man came in his early thirties who came to see me describing how he had been signed off work with depression and anxiety. He talked about how bleak he felt, how he kept crying for no apparent reason and how he often felt fear and panic. He added that he could barely face socialising anymore and was forever making excuses to his wife not go out and see friends and family.

He went on to say he found it hard to calm his mind enough at night so that he could eventually fall asleep from exhaustion and that every morning he woke with a sense of indescribable dread.

He was utterly at a loss as to why he should be feeling this way and how he found these emotions to be entirely new for him and confounding.

We talked about his past and if any of the feelings he was now experiencing felt familiar in any way. He couldn’t identify any connection to previous experiences, and he kept reiterating how difficult these feelings were and how he had always been a happy-go-lucky kind of guy where nothing much had bothered him.

I asked him if anything else had changed in his life that might coincide with his negative feelings and he paused for a long time before answering,

‘Well, my wife and I have a new baby daughter, but there’s nothing bad there. We’re over-joyed with her.’

Something was telling in his omission and how adamant he was that becoming a father wasn’t connected to his recent mental health issue that alerted me.

Men’s emotions are denied and overlooked

I asked him how the birth of his daughter had gone and asked if he could run through with me what he remembers from how it played out for him and his wife.

He said the birth story wasn’t really about him but as it happened his daughter’s birth had been a complete horror show. 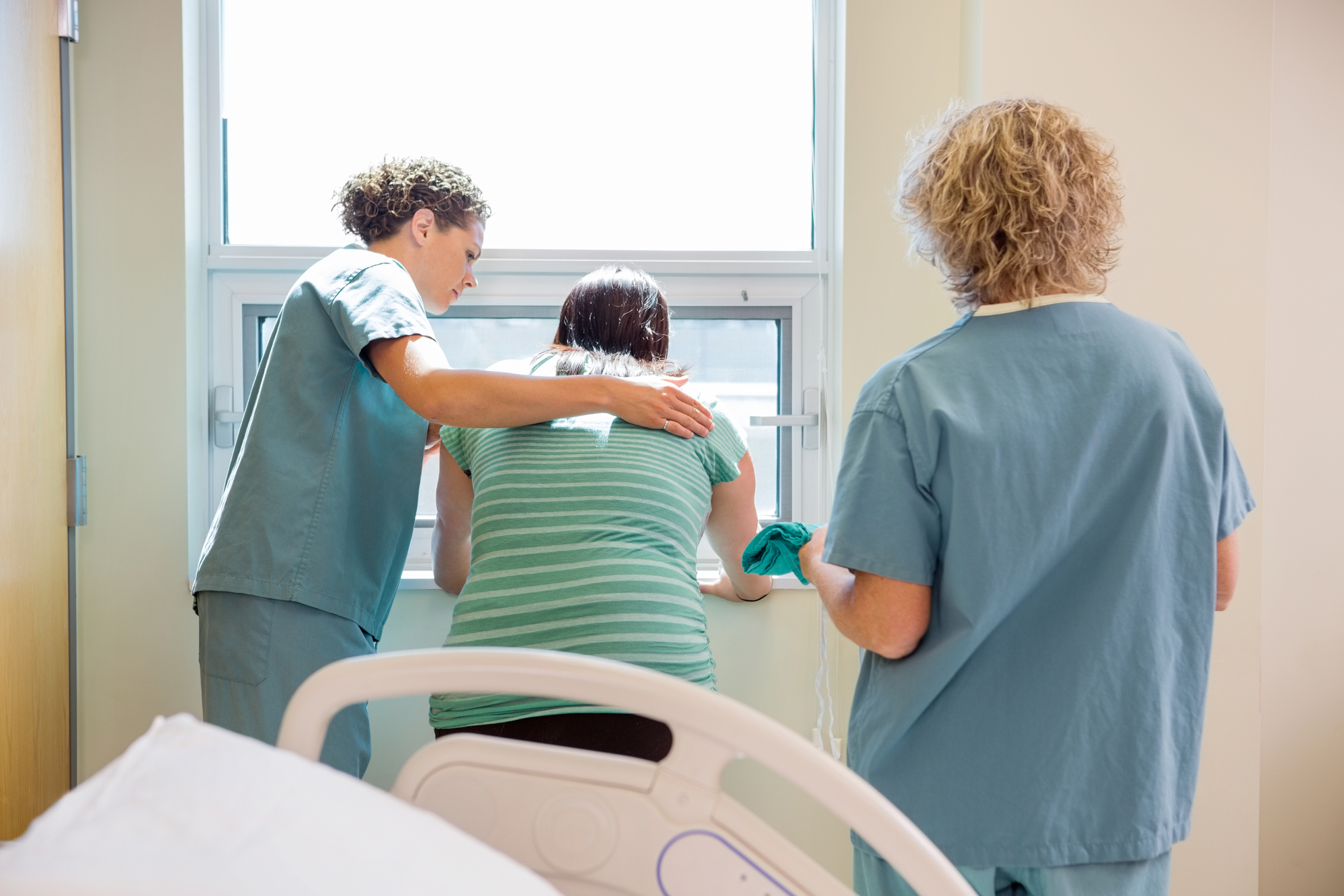 I encouraged him to tell what had happened while getting him to tap around his collarbone with a soft fist which is an EFT tapping point (Emotional Freedom Technique) known to help foster feelings of calm.

It soon became clear that his daughter’s birth was the cause of his anxiety symptoms.

From what he said it was clear that what had been at the beginning textbook labour for a first-time mother had seen his wife’s initial effective contractions stall for hour after hour until his wife was exhausted and the unborn baby was showing worrying signs of distress.

He described how the atmosphere in the delivery changed from calm and quiet to urgent as a midwife called for extra help and the room filled with additional medical staff. Extra monitoring arrived and he was physically moved from his position close to his wife’s side as space was needed for the bleeping and flashing unit.

He recalled his wife’s almost inaudible cries of distress as she withdrew further and further inside of herself while the medical team raised their voices to call her by name and to stress how it was vital to get the baby out immediately.

He remembered how powerless he felt in helping his wife and how superfluous he was in the unfolding drama that he felt he had no part to play.

Birth trauma and PTSD can happen for fathers too

He couldn’t remember if the delivery bed was raised or lowered in the kerfuffle of activity that involved attaching stirrups to hold his wife’s legs in position as a doctor readied for a forceps delivery.

He knows he felt over-heated and faint a couple of times and then he’s unsure of what happened in the next few moments before the paediatrician pulled out their purple-faced baby. From his memory, the doctor threw the mewling baby through several feet in mid-air to a waiting midwife who immediately worked on the baby to stabilise her and then swaddle her.   The paediatrician was still focussed on his wife as he was handed his baby to hold. The doctor called out that his patient was haemorrhaging and shot a glance in his direction as the doctor ordered to everyone in the room and to none in particular that they should get him out of there.

Still holding the baby, he was ushered quickly from the delivery room not knowing what was happening to his wife. He sat stunned and terrified in a side room with his wide-eyed newborn still in his arms as he waited not knowing if his wife was going to live or die.

If felt as though hours had passed before someone came for him. It was as though he had been forgotten and it was only his baby’s cries that had reminded someone that they even existed.

They took him to see his wife in another treatment room. She was still very weak and receiving treatment for loss of blood and complications following the birth. She was barely conscious and not speaking. Someone took the baby from him to give her a bottle and brought her back a little later.

Over a short time, his wife’s blood pressure came back up to normal, and she stabilised and as improved life took on new momentum. After a couple of days, they were able to leave the hospital together as a new family, and all of the trauma of the birth was subsumed with god will visitors and the routine of a new life to take care of.

Denial of difficult emotions doesn’t mean they go away

No one ever asked him how he was. No one ever asked him if he was okay. He took from this that he shouldn’t feel anything negative about the birth and he shut out all memories he had of his time alone with the baby in that tiny room when he didn’t know if his wife was going to die or not.

Shutting those memories away and trying to bury his feelings had caused all of the negative emotions he was presenting with. To label the emotional state he had PTSD (Post Traumatic Stress Disorder) which I treated with EFT, PSTEC (Percussive Suggestion Technique) and hypnosis.

What I also allowed him to do bear witness to what happened. The shock, the anxiety and the trauma he experienced were not allowed in his world and he felt shame for all the fear he felt. Allowing him the safe space to explore what had happened validated his feelings so that they could be resolved and released with the therapeutic technique I used.

Once the work had been done in what amounted to just a couple of sessions, he was able to let go of the trauma and accept that he’d had, along with his wife, a truly tough time of it all.

If any of this resonates with you and connects you with feelings of trauma originating in birth or a loss, then please reach out and make contact with me. I see women and men who have struggled to manage their feelings of trauma for years, and this doesn’t need to be the case. You’ll find a link on this page to book an obligation free discovery call with me.