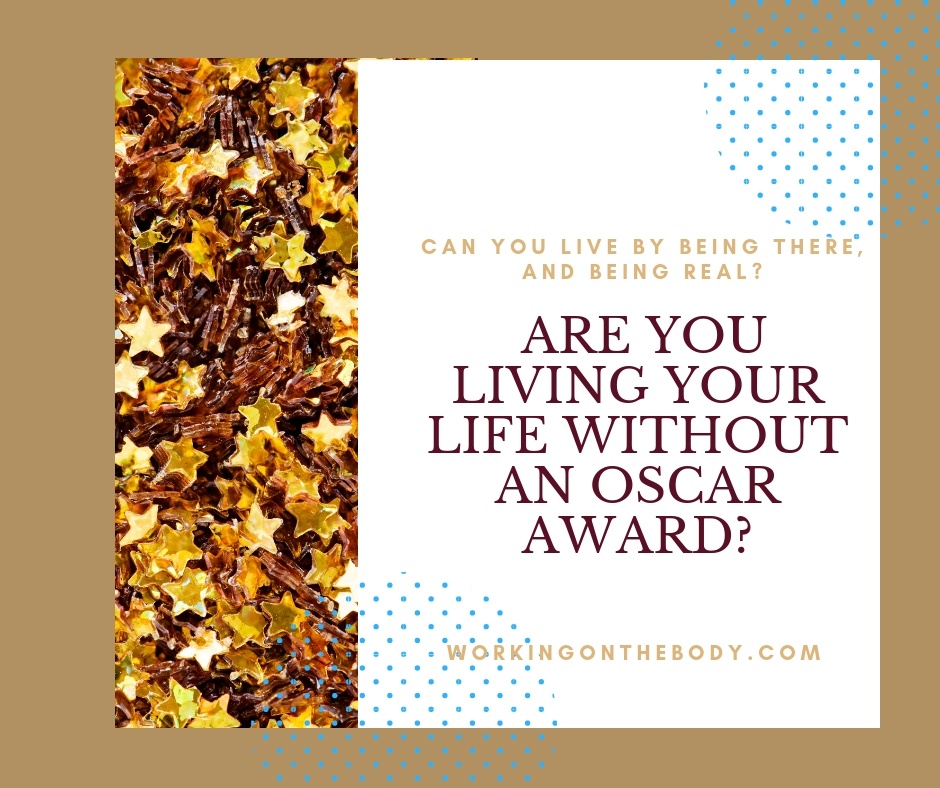 Most of us live our lives without ever risking being awarded an Oscar Award or a BAFTA. We are just civilians staring in our own lives and getting on with juggling our regular jobs and the demands of our families.

Even leading actors can go their whole careers without being troubled to attend an award ceremony and having to give a show-stopping acceptance speech that manages to perfectly balance humility and pride.

Eye on the prize

Take Richard E Grant for instance. He has got into his early sixties before landing his first Academy Award nomination for his portrayal of Jack Hock, the street-wise, loyal accomplice of author-turned-literary-forger Lee Israel played by Melissa McCarthy in the biopic “Can You Ever Forgive Me?”

His response as a Hollywood veteran not only teaches other actors how to show class and style, but he coincidentally demonstrates valuable lessons to the rest of us who only get to watch the Oscar Awards on TV.

Even before an award was hinted at for his latest role, Richard E. Grant was fully embracing the promotional ride for his movie and giving it his all. It’s an impressive personality trait to fully commit to doing the work just because that’s who you are – without any eye on the prize.

Straight from the heart

While others actors may gripe about all the glad-handing and PR they have to do, and some even do it with bad grace, Grant took the industry PR events as opportunities to mingle and meet with his own favourite celebrities, as well as opportunities to meet some of his fans.

His social media was awash with selfies celebrating what he demonstrated to be his own good fortune to meet the likes of Lady Gaga, Bradley Cooper, Emily Blunt, and Timothee Chalamet. Without any cynicism or trying to be cool he just seemed to get genuine pleasure from being part of all that glamour and glitz.

When recently interviewed in Variety Magazine by Rebecca Rubin in answer to her question about why everyone was so taken with him, he said, “I suppose like anything in life, if you do it straight from the heart, it will connect with people.”

Doing things straight from the heart is excellent advice for all of us, not just Oscar Award winning wannabes. People, on an unconscious level, pick up and respond to an authentic vibe. Authenticity is such a compelling emotion it makes people want to connect to the source of those feelings.

Another insight into  Richard E Grant is how he navigated all of the Hollywood schmoozing in the lead up to award night. He attends every single event sober and because of that, he has no choice but to be fully present.   He said in the Variety interview, “What you don’t know, you don’t miss.”  Grant hadn’t drank during his entire adult life after he was diagnosed as allergic to alcohol when he was 17 years old.

So for him, the habit of using a couple of drinks to loosen up or feel more confident isn’t an option. He’s just himself, and he allows the natural excitement he feels to carry him through an evening instead of relying on booze to float his boat.

So what we have here with Richard E Grant is his way powerful of doing things straight from the heart, coupled with being fully present, which would seriously set any of us on an improved course for authentic connection both in our personal and professional lives.

Another nugget from Rebecca Rubin’s interview came when she asked Grant how he would feel about the prospect of meeting his own adolescent crush Barbra Streisand who he wrote to as a teenager offering her sanctuary in his home in Swaziland.

Laughing he replied, “Goodness me. My heart just started pumping the moment you even suggested that. I heard a rumour she’s presenting one of the honorary awards at the Oscar Awards. If I get the chance to be in her line of view, that would be extremely pleasing.”

Just going to prove however grand one is, or however high the esteem we are held in we can all have our heroes that we look up to.

Very sweetly, when asked by Rubin if he’d take a selfie with Streisand, he said, “I don’t know if she’d even allow it but yes, why not? As long as it’s from her left side. That’s a pre-condition of her entire career that she’s shot from her left side, because she believes it’s her best side.”

So there we have it. On the cusp of being a national treasure here in the UK and across the globe, and he’s humble enough to remember what makes others feel comfortable and empowered.

I’m not surprised social media has fallen in love with his enthusiasm and genuine delight in where he finds himself – whether he wins the Oscar or not he’s already won big time.

How to improve your relationship after Covid-19 lockdown?