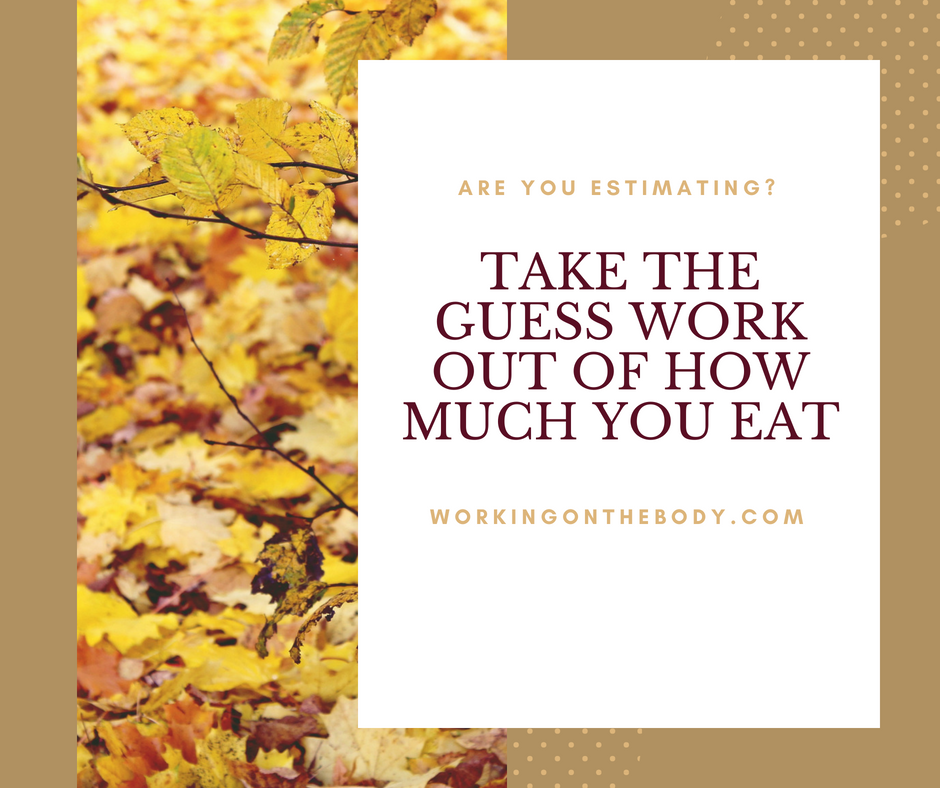 In an article from the New England Journal of Medicine in the early 1990s, ten overweight people were asked to estimate their calorie intake. Their estimations were off by about 50 percent. They thought they were eating about 1,000 calories a day when they were actually eating 2,000 calories.

That’s a remarkable difference. It seems from the research that people carrying excess weight often tend to be more inaccurate in estimating their calorie intake than ‘normal-weight’ individuals.

Shop Smartly
Lincoln University undertook a study back in the 1980s that showed that if you teach an overweight person to plan meals and food shop accordingly, then an average person could lose up to 10 pounds in three months. This was due to participants in the study reducing their number of impulse purchases when compared to food shopping without a list.

Impulse purchases are usually high-calorie and low-nutrition and can increase calorie consumption by almost half.  This organised way of shopping ensures that if it’s not in the ‘fridge, then no-one will be tempted to eat it! One fool-proof way of taking the guesswork out of what you eat is by keeping a food diary, even for just a couple of weeks. 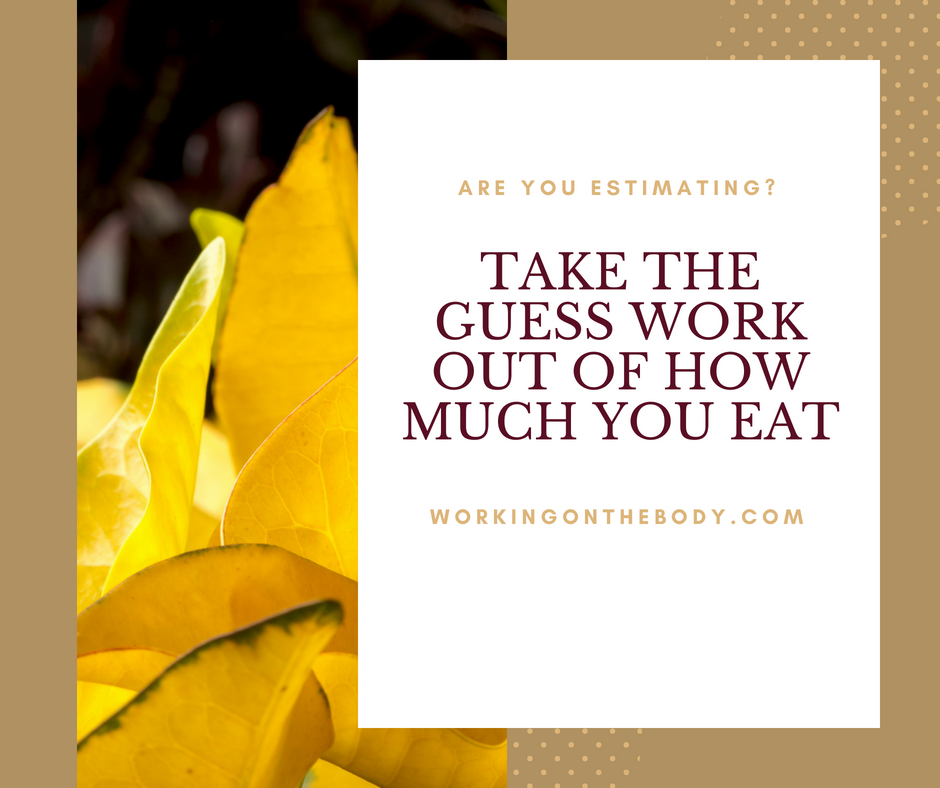 Food diaries are a basic staple of all the weekly slimming clubs out there but you can super-charge your insights by not just keeping a food diary but adopting a food and mood diary instead.

Keep track of your eating
This not only keeps a track of what you eat but highlights emotional triggers attached to when you eat so that you can start seeing patterns around emotional eating or eating when you’re not hungry. 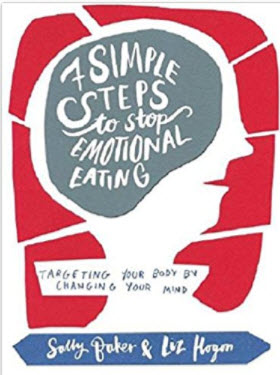 A template for the food and mood diary we created to use with our clients is included in the book ‘7 Simple Steps to Stop Emotional Eating’ (Hammersmith Books) I co-wrote with Liz Hogon. It is available on Amazon

The mood part of the diary asks you just to pause and ask yourself how you are feeling in that moment you are about to eat.

Are you calm and relaxed or frustrated or angry? Just a word or two is all you need as shorthand to record your feelings.

A few days of a food and mood diary can offer some fascinating insights into habits around food and eating. It brings to mind a client who came to see me to lose weight. When I looked at her food and mood diary, it was clear that she grazed all day long and that was perfectly normal for her as she’s eaten like that for years. It became clear as our work together progressed that she was haunted by memories of her childhood.

Memories of childhood chaos can still trigger eating today
She recalled growing up in a chaotic household where meals were often missed or were unpredictable.

As a child, she had strong memories of feeling powerless and often hungry. As an adult, if she didn’t keep grazing on food, the slightest hint of hunger caused her to feel that old, familiar panic over not having enough to eat. Part of our therapy work together was to release her fears attached to those old memories so that they could be resolved and released.

No longer triggered she was able to regulate her eating, lose the weight she wanted and even safely feel some hunger understanding that as a grown woman she could provide for herself whatever food she needed.

Another food and mood diary insight came from a man in his 50’s. He had type 2 diabetes and was morbidly obese. He had come to me to see if it was possible for him to lose weight and remove himself from the NHS waiting list for bariatric surgery.

Being overly hungry can drive eating to excess
From his food and mood diary, he rarely ate before he reached a number ten on the hunger scale. From this, it was clear he was ravenously hungry by the time he ate, and such an intense hunger made it difficult for him to make sensible eating decisions. Also, long gaps between meals and his busy work meant his diabetes was poorly managed, and his symptoms were worsening.

Part of our therapy work together explored how little care he took of himself as he confided that having once been a very fit and athletic man he was ashamed of how overweight and ill he had become. He blamed himself completely and was so furious with himself that emotionally he had stopped caring for himself at all.

We also worked together with self-forgiveness so that he could break his pattern of self-loathing. By changing his belief system, he was able to make changes in how he thought and felt about himself. Firstly, he stopped pushing himself to the point of physical collapse and began planning and preparing some of his meals instead of always relying on take-outs and fast foods.

As he began to lose weight, his self-esteem increased and he re-discovered his pride. This was especially true when he had lost so much weight he no longer met the NHS weight requirement for bariatric surgery.

Find your a-ha moments with food
Food and mood diaries never cease to cause a-ha moments or provide useful insights. A surprisingly high number of client’s diaries’ show how much of what a person eats is of poor nutritional value. Often clients are surprised when I tell them they need to eat more nutritious food and not eat less as they may have expected.

This is often true of new mothers desperate to lose their baby weight. They are usually feeling so overwhelmed with their new baby that from their food and mood diary it is clear they are exhausted, and their nutrition levels are very poor. The pressure on mothers to be perfect is very damaging, so therapy work in many of these cases often involves reframing clients beliefs so they can let go of impossible ideals and standards.

Instead, the therapy work makes it okay for them to ask for help and to delegate wherever possible all the non-essential tasks. It’s also easy for new mothers to lose sight of themselves, so therapy refocusses them to understand how important their well-being is and that it’s not selfish to prioritise their own emotional needs too.

Keep a note of your eating
If you don’t have access to our Food and Mood template, you can use a notebook or your smartphone to create your food and mood diary and keep track of your eating and its emotional triggers. See if you can be a detective and work out what’s happening with food for you.

If you’d like some help with this process as a crucial first step in exploring your emotional eating, then do book an obligation-free discovery call with me.