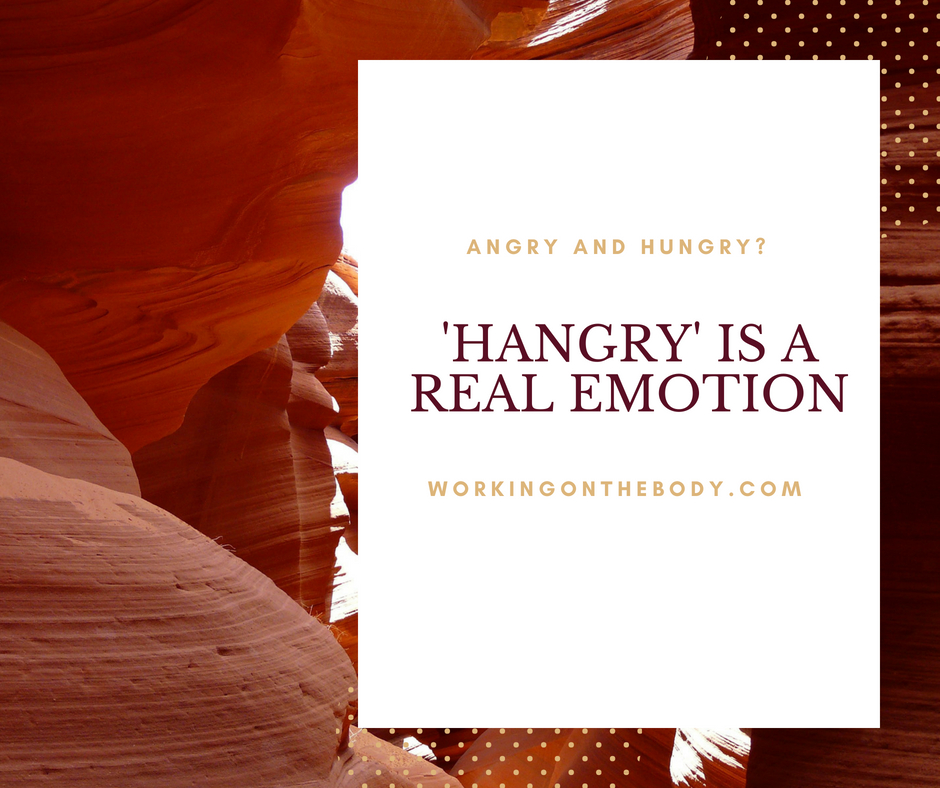 The term ‘Hangry’ meaning angry and hungry has been added to Oxford English Dictionary this year.

A real phenomenon for many of us is that as your empty stomach rumbles become more frequent, your temper shortens giving us the concept of being ‘hangry’ which is anger induced hunger.

Studies from the scientific research from the University of North Carolina has found a link to how hunger can generate the feeling of anger in a person.

While experiencing the feeling of hangry the researches found proof of how emotional response to neutral images and scenarios are perceived more negatively when hungry. Another key finding is that anxiety and stress also increase when hangry.

A drop in blood sugar levels from not eating was initially thought to be the cause for these negative feelings. However, a study published by the American Psychological Association reveals it is more complicated than initially thought and is a complex emotional response down to biology, personality and environmental cues.

“We all know that hunger can sometimes affect our emotions and perceptions of the world around us. however, but it’s only recently that the expression hangry, meaning bad-tempered or irritable because of hunger, was accepted by the Oxford Dictionary,” said lead author Jennifer MacCormack, MA, a doctoral student in the department of psychology and neuroscience at the University of North Carolina at Chapel Hill.

The researchers carried out experiments on more than 400 Americans to draw their conclusions.

McCormick continued, “The purpose of our research is to understand the psychological mechanisms of hunger better-

Two key factors determine whether the feeling of hunger will contribute to negative emotions or not: context and self-awareness.

The study’s co-author professor Kristen Lindquist, PhD said, “You don’t just become hungry and start lashing out at the universe.”

“We’ve all felt hungry, recognised the unpleasantness as hunger, had a sandwich and felt better. We find that feeling hangry happens when you feel unpleasantness due to hunger but interpret those feelings as strong emotions about other people or the situation you’re in.”

As well as these environmental cues, how hangry a person feels is affected by their level of emotional awareness – if you’re more aware that your hunger is making you feel irritable, you’re less likely to express a hangry attitude.

In a second experiment, researchers found that hungry individuals reported increased unpleasant emotions like feeling stressed and hateful when they were not aware of their own emotions. They also expressed more negative feelings towards others.

In contrast, those who were mindful awareness of their own emotions and spent time thinking about their feelings, even when hungry, did not report these shifts in emotions or social perceptions.

“By simply taking a step back from the present situation and recognising how you’re feeling, you can still be you even when hungry,” MacCormack said.

“It’s important to take care of our bodies, to pay attention to those bodily signals and not discount them, because they matter not just for our long-term mental health, but also for the day-to-day quality of our psychological experiences, social relationships and work performance.”

So, if you feel you are prone to mood changes when you are hungry and possibly behave in more negative ways at work or home you would gain insight and control over your emotions by taking just a few moments to explore how you are feeling. A more mindful attitude would help reset your negative perceptions to ones that are at least neutral or even more positive – making the world around you seem less negative too.

Experiencing strong emotions around your hunger levels or feeling strong cravings for specific foodstuffs may indicate that your relationship with food is out of kilter. If you want to explore bringing yourself back into balance, then book an obligation free discovery call on this page.