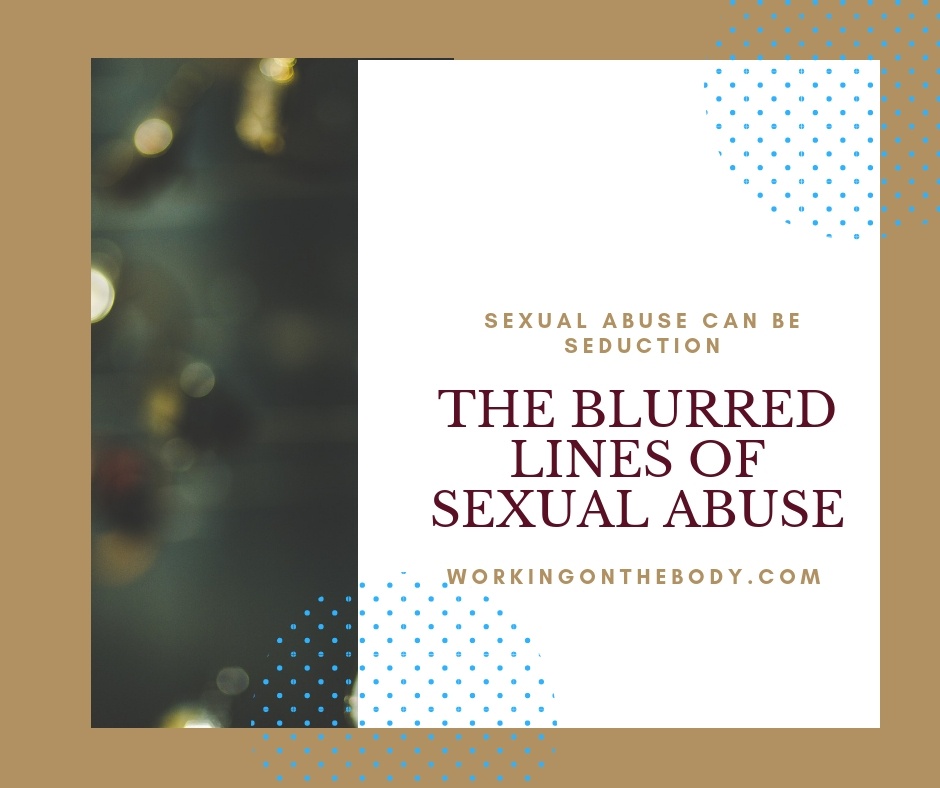 Oprah Winfrey said “It is a scourge on humanity” when she referenced sexual abuse against children.

In particular the documentary ‘Leaving Neverland’ which explores the child sex abuse allegations made against Michael Jackson that premiered at the Sundance Film Festival in January 2019.

The documentary tells the story of two alleged victims of Jackson’s, Jimmy Safechuck and Wade Robson who were befriended by him as children.

Oprah Winfrey stressed how powerful and important the film is in shifting the way people think about sexual abuse. It showed how seduction plays a role in sexual abuse.

It is an uncomfortable truth the majority of sexual abuse of minors is perpetrated not by strangers but by family members or people known to the child. It is no secret that Oprah was herself raped at nine-years of age by someone close to her –  most likely someone she trusted.

Many parents prefer to warn their children of the potential of ‘Stranger Danger’. This makes the bogeyman some unknown outsider who is separate from their lives, when the true statistical reality is that children are more at risk from sexual abuse within their own family, in their church, in their schools and in their sports team. Oprah reminded us in the programme she recorded to follow the US premier showing of Leaving Neverland.

It is also true that not all sexual abuse against minors takes the form of violent rape. What happens can be much more subtle and can involve careful grooming or seduction of the minors. This inappropriate behaviour is introduced incrementally and often with the minors’ complicity.

Sexual grooming of minors is a mix of patience and shrewdness. The victim never feels like a victim, but instead is made to feel they have been exclusively chosen for this special attention. What develops can be often deeply conflicting and confusing for the young person.

Childhood sexual abuse is made even more confusing for the minor. The sexual interactions can create pleasurable feelings for the child. And he or she may be urged by the perpetrator to believe that the sexual activity they took part in was something they wanted and desired. In fact, a large part of sexual pleasure can be a physiological reaction to specific physical stimulus that can transcend circumstances.

We already recognise that rape is a challenging crime to bring to justice. Usually there are no witnesses and the people involved in the disputed sexual acts give wildly differing testimony.

In my therapy practice when working with adult survivors of childhood sexual abuse, it is not unusual for people to come to see me who have kept their experiences of abuse a well-kept secret from everyone in their life well into their 40s or 50s. They mostly had never intended to disclose their story to anyone at all, and it is often an unexpected trigger that compelled them to seek therapy.

In the UK when Jimmy Saville’s prolific history of sexual abuse came to light in 2012, it was featured extensively in the media and an almost nightly on the news. Some adult survivors of sexual abuse found themselves reminded of their own experiences. Even those who had worked hard to put those memories to the back of their mind began to experience flashbacks, insomnia and panic attacks.

The experience of sexual abuse for children is deeply confusing on many levels. The seduction or grooming of minors can involve the whole family being duped by an outwardly charming abuser who manages to ingratiate themselves into the family life of the child they have targeted.

I’ve worked with a client who was abused as a minor by a charismatic and brilliant teacher who was held in high esteem by the School community and his family. The trusted teacher was even invited to holiday with his family for several summers in a row before the teacher’s interest in that particular child waned and focused on a younger boy. In the meantime, the teacher used the family’s trust as an opportunity to continue his sexual assault of the child.

Another client, who had previously been abused by his teacher, provided an alibi when the same teacher was accused by another young boy of being sexually abused by him in a classroom. Years of sexual grooming which is really like mind-training meant the influence the teacher had over his ex-pupil was still powerful enough for the young man to commit perjury.

A woman client of mine, who had been sexually assaulted from childhood for many years by her father, had as an adult chosen to have nothing to do with him. In her early 60s she heard that he was alone and infirm, and so decided it was her duty to care for him in his final years.

She remembered all the terrible things that had happened to her, but wanted to focus on the times when he had been kind towards her too. Her overriding loyalty was towards the father she had always wanted him to be, and not the reality she had survived while growing up.

From my work, I know it is not unusual for adult survivors of sexual abuse to feel some level of ambivalence about their abuser. They can recall when as a young person the times when they were made to feel loved and adored. Though later they can see how they were manipulated, groomed or seduced by their abuser, who was always older and more powerful than them.

Another layer of confusion for the survivor of childhood sexual abuse is when they experienced same-sex abuse as a child, and later in adulthood claim their own sexual orientation. The memories of those early same-sex experiences, which potentially could have been sexually gratifying, can make them doubt their ability to choose their sexual orientation, and can make them fundamentally question who they are.

The effects of childhood sexual abuse are profound and complex. To bring an abuser to justice, years or even decades afterwards is fraught with legal obstacles.

If you are triggered by this latest media focus on alleged childhood sexual abuse in ‘Leaving Neverland’ and feel you are being triggered by uncomfortable memories then it may be time for you to seek professional help. Memories buried alive never die but equally you deserve not to be haunted by events in your past.

Why are survivors of sexual abuse not believed?