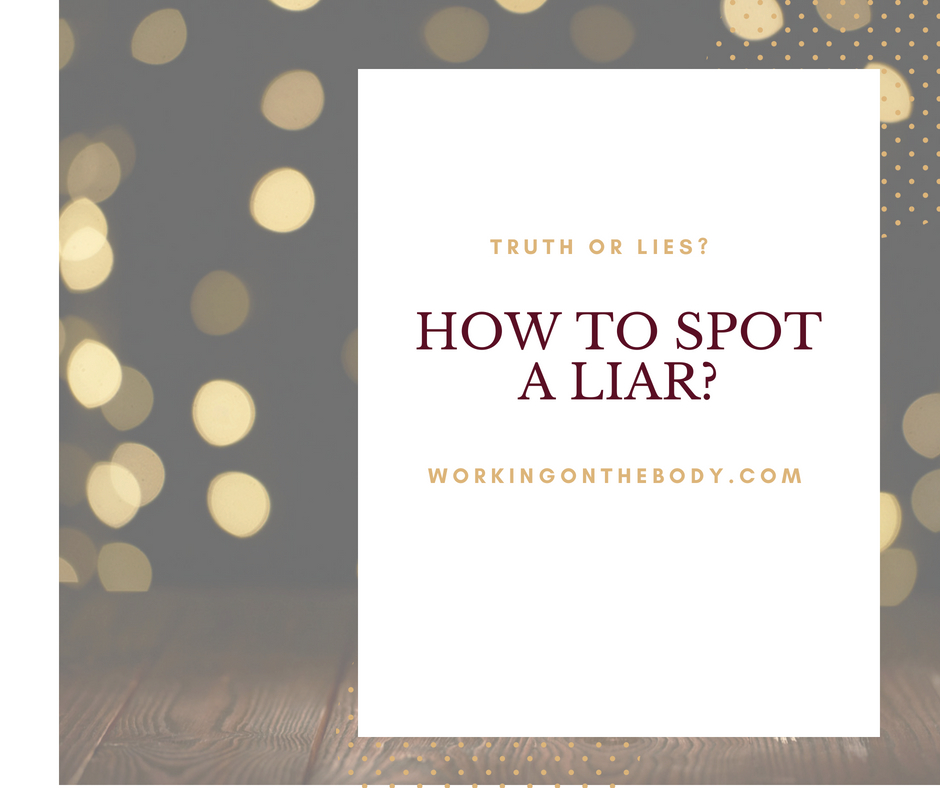 Would I lie to you? And how would you know?

We are seemingly living in the age of post-truth and even blatant lies so it can feel daunting to be a seeker of truth in our personal relationships. There is so much deception, and hidden agendas its challenging to know if you are being lied to or cheated on.

However, our bodies always do try to tell the truth – and you can read the signs if you know what to look for.

Someone who is lying to you will often show it with their body language. A liar can do this by almost slipping into themselves, slouching and shrinking. This is a subconscious attempt to protect themselves while they lie.

They may also lean away from you, and that could be a tell-tale sign that they’re uncomfortable and their body is exposing that. Lean in towards them and watch their reaction. Do they look more uncomfortable? Do they move away?

Observe if a person crosses their legs so that their top leg blocks you. Or, if they sit with their back half turned towards you. or places their hands on their opposite side from you. You can also pay to see if their hands are held away from you or that they’re pointing their feet towards the room’s exit in a sub-conscious acknowledgement of their escape route.

Someone telling the truth tends to have a more open body posture indicating again subconsciously that they have nothing to hide so that they are comfortable being physically more open.

Another indicator of someone lying is that they will self-sooth to calm themselves by doing things like repeatedly touching their face or rubbing their forehead. 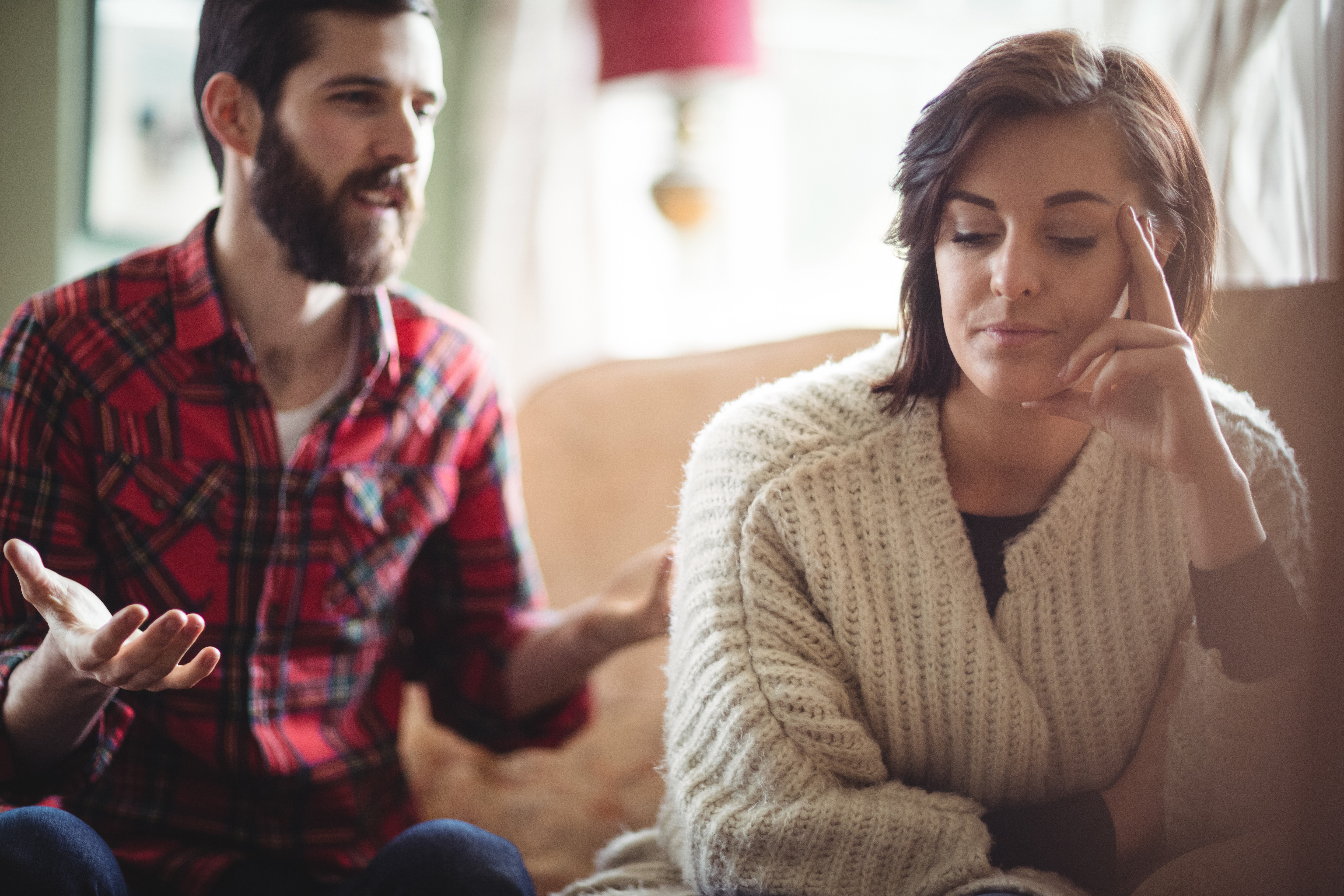 Equally, the more skilful a person is with lying they already know about these sub-conscious indicators that could give them away as lying and work hard to counter them consciously.

Liars typically want to trick the other person into thinking they’re calmer than they are, so they choreograph their movements to reflect this by trying to manifest a fake aura of calm.

So if someone’s face seems expressionless, like a poker-face or their arms are pinned at their sides so that they look unnaturally still they might be making a great deal of covert effort to look calm and trustworthy when they’re not at all. In fact, this kind of poker-face lying and conscious control of their body language is indicative of a skilled liar, making it difficult to discern the truth.

It’s not surprising that a lack of eye contact is one of the most conspicuous non-verbal signs that someone is lying. You can see it with small children who have been caught out doing something they’re not supposed to do. Children look away or look down when they’re lying as they desperately want to disengage from the situation and haven’t as yet developed the guile to do anything else more convincing or compelling to cover their lies.

People understand on a deep primaeval level that eye contact is an essential part of normal conversation and when someone tries to avoid eye contact it feels very uncomfortable and unsettling.

Depending on how long you’ve been exposed to a person’s lies and how skilled they are at lying, it is almost impossible for most liars not to have inconsistencies in their story.

One lie a client was told was about a car journey that took her partner out of town for a couple of days on what it turned out was a fake work trip supposedly over the Pennine Hills of Northern England. He came back with ‘real-life’ details of how his journey had been hampered with landslide warnings. This was a credible detail used to embellish his story. It turned out to be a complete fabrication as later my client found out he hadn’t gone far at all and was ensconced in luxury London Hotel for the weekend.

Another woman’s husband told her their telephone line was regularly unplugged from its socket by their dog playing with his toy rubber-bone in the hallway. He blamed the dog for covering the fact that it was him who regularly disconnected the landline when she was home during the evening so that credit card companies he was indebted to could not connect him via their landline.

If you’re suspicious, listen carefully to their story. If you’re in a relationship with someone you suspect of lying you will want to give them the benefit of the doubt as nothing is more painful than being lied to by someone you care about. Catching a liar out in a lie may be as easy as questioning them on one inaccuracy in their story.

Finally, your best lie detector is your intuition or gut instinct. Your intuition is your best friend, It has no other agenda than taking care of you and only ever wants what is best for you so if you feel uncomfortable about something or someone you need to listen to your instinct. In hindsight, lots of people will say how I never really trusted them, but I had no idea why not – well that was their gut instinct saying watch out! Don’t be one of those who over-rode their instinct and regretted it. Just ask yourself; How do I feel about this” and listen to your intuition because it is always telling you the truth.

Sally was recently interviewed by MTV to fast track viewers of their new TV series ‘True Love or True Lies.’ She gave insights into body mannerisms and behaviours to help people recognise the give-away signs that liars find hard to hide when they are not telling the truth.

If you have been lying to yourself or others or are left broken-hearted by betrayal and lies reach out now to make contact with an obligation free discovery call.