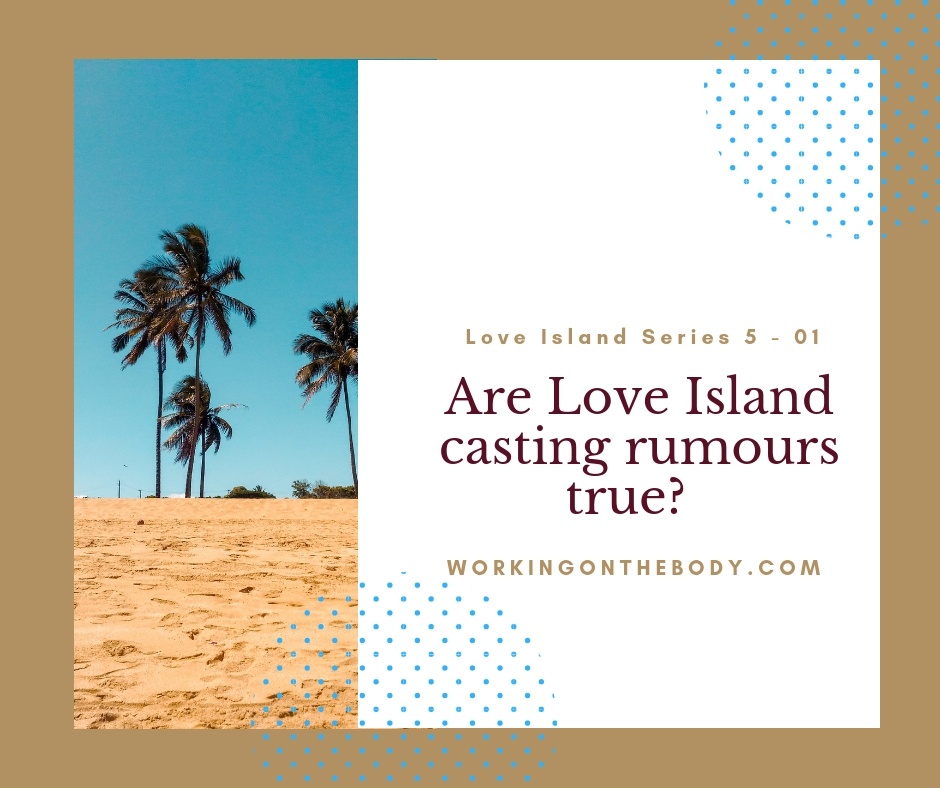 What do the Love Island casting rumours say about how the producer of this year’s series five want it to be different from last year’s Love Island?

Is there a hidden agenda for 2019 series?

Tick tock the clock is running down for the last few hours left to apply to be a contestant on the Love Island 2019 summer extravaganza.

The programme-makers’ official blurb says ITV2 is “looking for vibrant singles from across the UK who want to head to the sun, in search of a summer of love” – but could the producer and his team have a hidden agenda…

In last year’s series, a lot of the couples settled down into dedicated coupledom pretty early on from when they met each other and apart from some small indiscretions caught on camera or perhaps cleverly edited to generate a bit of confusion and well-needed drama everyone behaved well and there was little clandestine romance.

Oh I know the oh so loyal Georgia was heartbroken when her much missed and pined for Josh came back from his banishment to another villa having chosen Kaz as his love interest. He returned hand in hand with his new girl to the Love Island villa breaking Georgia’s heart. That led to a lot of hand-wringing, soul-searching and misery for Georgia but she eventually recovered enough to date again.

The vanilla behaviour of the contestants might have proved a challenge to the producers to keep the series’ excitement level alive. As much as we all adored Jack and Dani as the Love Island romance of the year, they behaved like a sedate married couple after about a week and hardly broke out of that pattern for the entire run of the programme.

There was some excitement in the series to be had from the dubious behaviour of Adam Collard who did the entire country a favour by demonstrating on national TV what gas-lighting in a relationship looks like close up. So, next time someone tells you it’s your fault that they’ve betrayed you then you’ll be able to recognise it for the abuse it is and hopefully, take it as your cue to run a mile.

Dr Alex did behave badly towards the lovely Alex not once but twice, but that wasn’t an act of willful malice on his part. Giving the A&E doctor the benefit of the doubt it seemed his primary motivation for his off-on behaviour with Alex was more sheer inexperience and ineptitude than anything else. He really should have come with a “Could cause a broken heart” health warning until he grows.

Would I lie to you?

The only drama Jack and Dani conjured up for the entire series was following the confusing and most likely manipulated lie detector episode when Dani went into meltdown when she jumped to the wrong conclusion about Jack’s loyalty for her. She gave an epic display of anguish that I’m sure was authentic and caused drama a-plenty for a day or two until they settled back down to cooing at each other like love birds all over again.

So what if this year the producer Sue Dunford and her team decided they wanted to include characters with a little more edge to shake things up in the Love Island villa and break-out from all the cosy coupling we had last year?

If that’s the case then the casting rumours that controversial reality star and stripper Lotan Carter has been approached for this year’s show makes perfect sense.

Stir up the casting rumours!

Carter performed with the cabaret male strippers troupe ‘The Dreamboys’ for seven years. He was a contestant in the 2017 run of Celebrity Big Brother until he was thrown out of the house for arguing with some of the women contestants and for his use of threatening language after an alcohol-fuelled evening.

It has often been reported that Love Island has a policy in place of restricting the amount of beer and wine available to their contestants so any alcohol-induced temper tantrums seem unlikely.

If he makes the cut what Carter might do in Series 5 is disrupt the universal bromance that grew between the entire cohort of boy contestants that we had last year where they mostly all ended up being friends with each other.

Also, as Carter’s claim to fame made him accustomed to enthusiastic female adulation he could have an ego that drives alpha-male behaviour to ensure he’s a main contender with the girls – even if that means him risking being unpopular with the other boys. Carter might well behave like a seasoned professional player when compared to the other boy contestants. He could also be a source of much more angst and competition amongst the girls too and provide the edge that the production team are looking for.

Do you agree with the casting rumours?

I’m not sure the casting rumours for this year’s contestants, both girls or boys, will find being corralled in the Love Island villa with that much testosterone is going to a chilled experience, but I doubt it will make dull viewing either. Bring it on. I can’t wait.